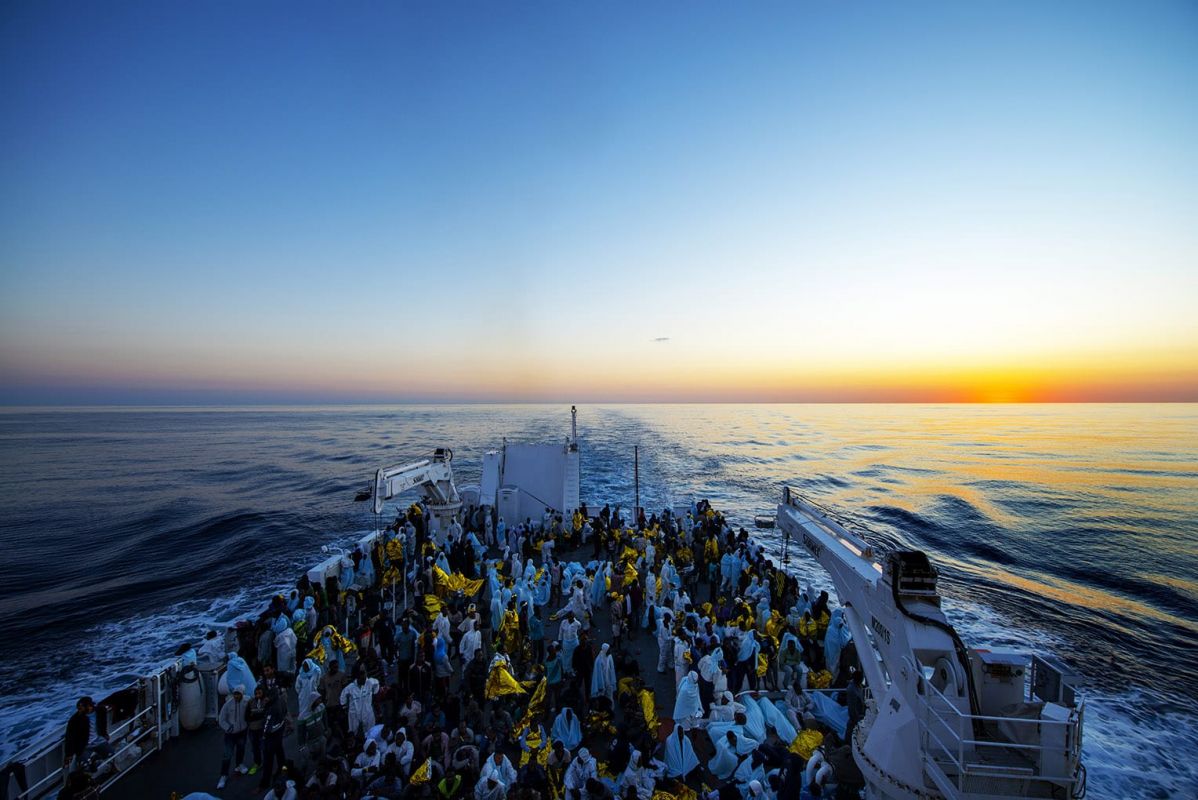 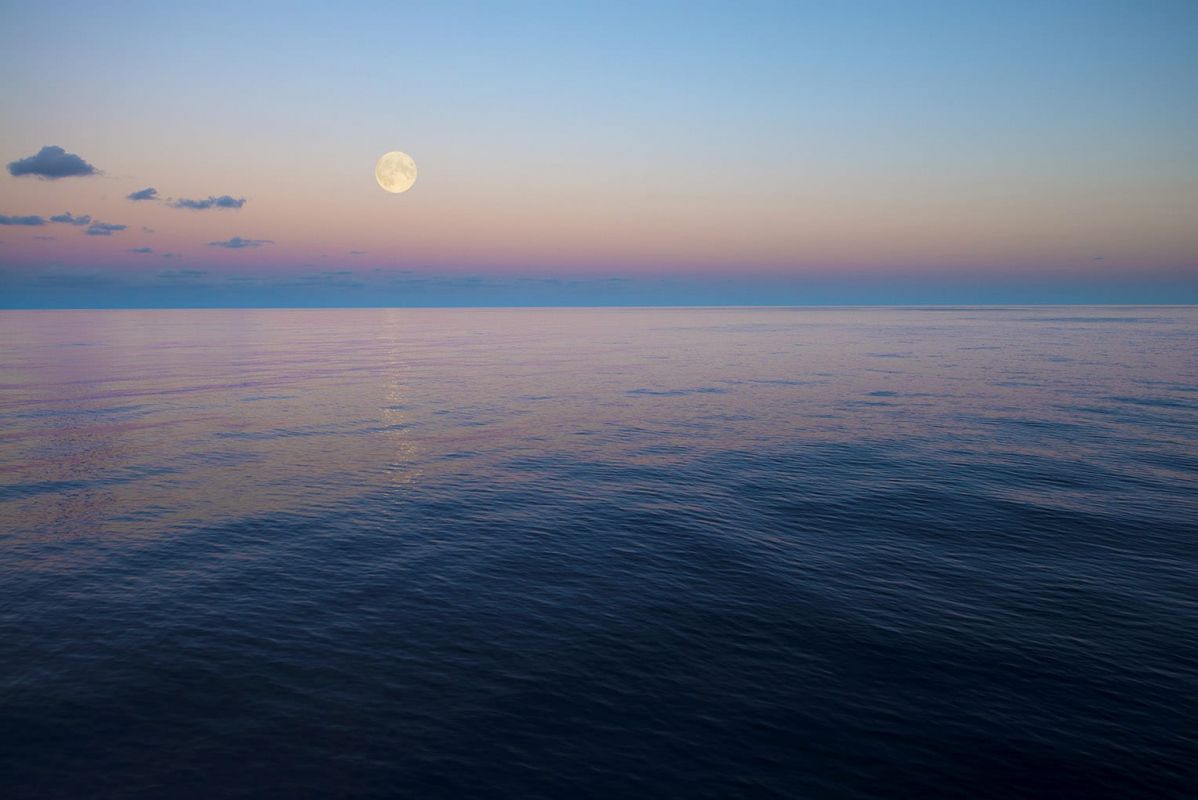 The diptych, although part of the "Racconti di mare" project, assumes its own autonomy, insisting on a fact of political, or better, social reporting. The two shots were taken on the Diciotti M/V of the Italian Coast Guard, on the occasion of an important rescue of emigrants in the Mediterranean sea. The episode, the protagonist of a heated political debate, was translated by Arturo Delle Donne into only two images: the stern and the bow, taken a few minutes apart.